Horizons in Obesity Medicine – Is Semaglutide (Ozempic/Wegovy) all it seems? 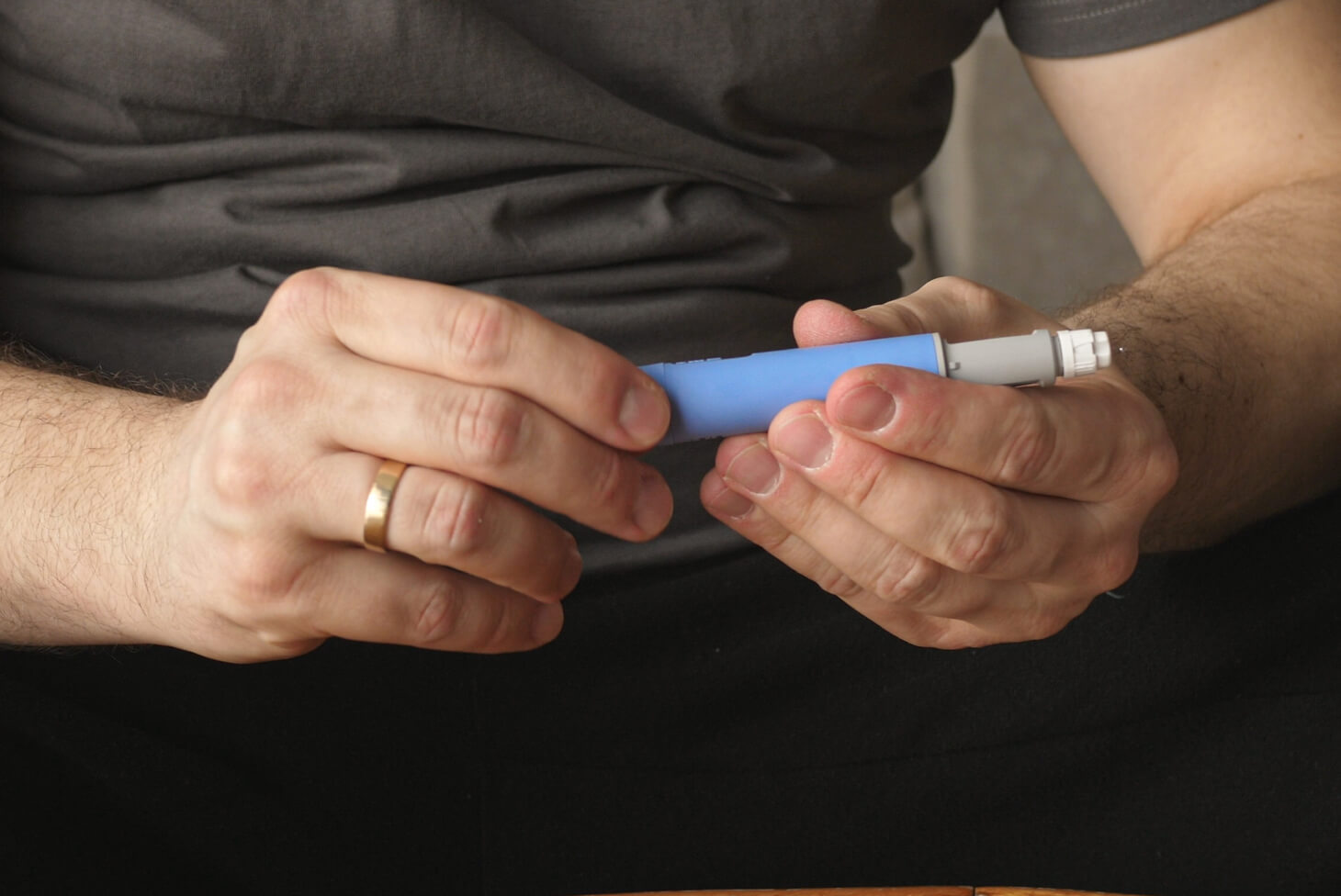 Obesity has at last been recognised as a chronic illness and disease which results from accumulation of excessive body fat which in turn can damage health. No more should the stigma of laziness and the “it’s your fault” culture be accepted. Attitudes towards the disease of obesity, and patients suffering from its consequences, have and will continue to change, evolve and modernize.

Thankfully the medical world has awoken to the realization that, as with any chronic illness, effective treatment strategies are required. The old dogma of move more and eat less is a failed concept and evidence is strong that, just like any chronic illness, effective therapy is needed. Surgery has been at the cornerstone of treatment but is medical therapy catching up?

Until recently obesity has been defined by having a body mass index (BMI) of 30 or greater. Trends and projections for the levels of obesity are alarming and obesity is a major risk factor for several chronic diseases, including heart disease, stroke, type 2 diabetes, and certain types of cancer.

The relationship between health and weight is not however a simple and linear one. Many patients  with an elevated BMI may not have developed the consequences of their excess weight whilst others with a BMI of a much lower level may develop the metabolic consequences including diabetes, hypertension and obstructive sleep apnoea amongst others. So as knowledge evolves, simply measuring BMI has become an outdated means of defining what constitutes the disease of obesity. Nevertheless, this measure continues to provide guidance and a practical measure for patients and clinicians alike.

Of course, a healthy lifestyle is to be encouraged for all. The diet and exercise industries have their place but they do not provide the answer to the growing obesity epidemic which faces society. It is an epidemic which from all predictions is only set to worsen in the years ahead. It is estimated that approximately 30% of adults in the United States are obese. In my own country, Ireland, figures from the World Health Organisation suggest 89% of Irish men are set to be overweight by 2030 while obesity rates for women are set to soar from 24 to 57% of the population.

Healthcare costs associated with treating the metabolic syndrome which obesity sets in motion are mounting exponentially and remain underestimated in many societies. Effective treatment has been repeatedly shown to improve a population’s health with significant cost efficiencies for healthcare systems. Effective treatment of obesity results in the resolution of many of the health consequences it brings. Diabetes, hypertension, chronic liver disease, sleep apnoea may be significantly improved or resolved and there is a reduction in the risk of developing a number of cancers. So, along with the health benefits, the economic benefits are self-evident.

In the last number of years there has been much hype over the potential of several weight loss medications.

Ozempic (semaglutide) is the best known of these and has become so popular because it makes people lose weight effectively and quickly. Social media is rife with its promotion. Rumors of its use amongst celebrities and social media influencers has driven curiosity. It’s a once-weekly injection that can help lose weight and keep it off.

Ozempic for weight loss works by mimicking a naturally-occurring hormone called GLP-1. GLP-1 is responsible for regulating appetite and blood sugar levels. When levels of GLP-1 are low, you may experience increased hunger and cravings. Ozempic helps to regulate these levels, which then can result in reduced hunger and fewer cravings, with slower gastric (stomach) emptying, all ultimately leading to weight loss.

Initial evidence for its use came in the SUSTAIN clinical trials where semaglutide consistently demonstrated in patients with type II diabetes and obesity that blood sugar control was improved and participants lost weight. It was also found to reduce cravings for food and appetite. Weight control in diabetics is incredibly important as excess body fat drives the resistance to insulin which results in poor blood glucose control. Further, weight loss can lead to the resolution of this disease, normalize a patient’s blood sugars and remove the requirement for medication. The health and cost benefits are clear.

Further evidence of semaglutide’s role in weight management in patients who do not have diabetes has come from the Semaglutide Treatment Effect in People with Obesity (STEP) program. Once weekly injections with semaglutide at a dose of 2.4mg resulted in weight loss of 14.9 % from baseline after 68 weeks. Two year results were reported in the STEP 5 trial results. The primary endpoints in this trial were the percentage change in body weight and additionally achievement of weight loss of >5% after 2 years of treatment. Of 304 participants randomly assigned to receive either semaglutide 2.4mg or a placebo (dummy treatment) most (77.6%) were female, the average age was 47.3 years and average BMI was 38.5kg/m2. The results saw an impressive 15.2% mean change in body weight in the treatment group receiving ozempic.

An important distinction needs to be made between the treatment of patients who have the disease of obesity and those people who simply wish to use this drug for weight loss to conform to a perception of what is a socially acceptable weight and the ongoing cultural desire to be thin.  Treating people can reverse the metabolic syndrome that obesity brings but it requires patients to be prepared to take this treatment indefinitely and perhaps for the rest of their lives.

Paradoxically, if it is used by people with a simple desire to be thinner, they will lose weight initially whilst on treatment but when it is stopped they will very likely regain all the weight and may rebound to a weight higher than they were at the outset. As a simple weight loss medication its use may not be a good idea as most patients are unlikely to wish to be on lifelong treatment.

So, it becomes increasingly clear that what matters most is whether excess weight is compromising health, confirming a diagnosis of the disease of obesity. Treatments should be primarily directed at this group.

Just like the emphasis of surgical treatment should not be about measuring weight loss but rather maximizing health gain, the same must be also true of medical and pharmacological treatment of obesity. 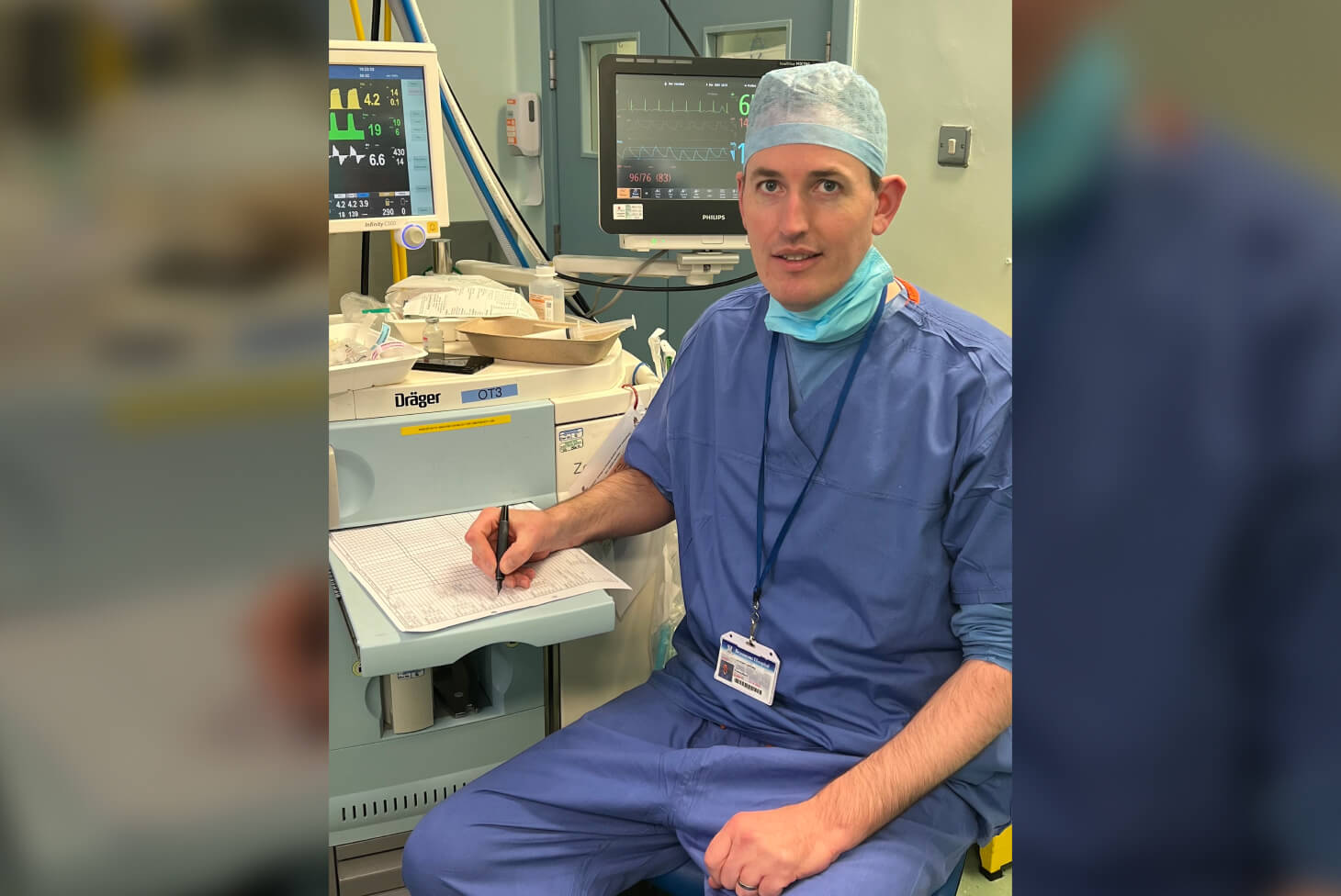 Tell™ - An alternative to #MedTwitter and Med-Mastodon 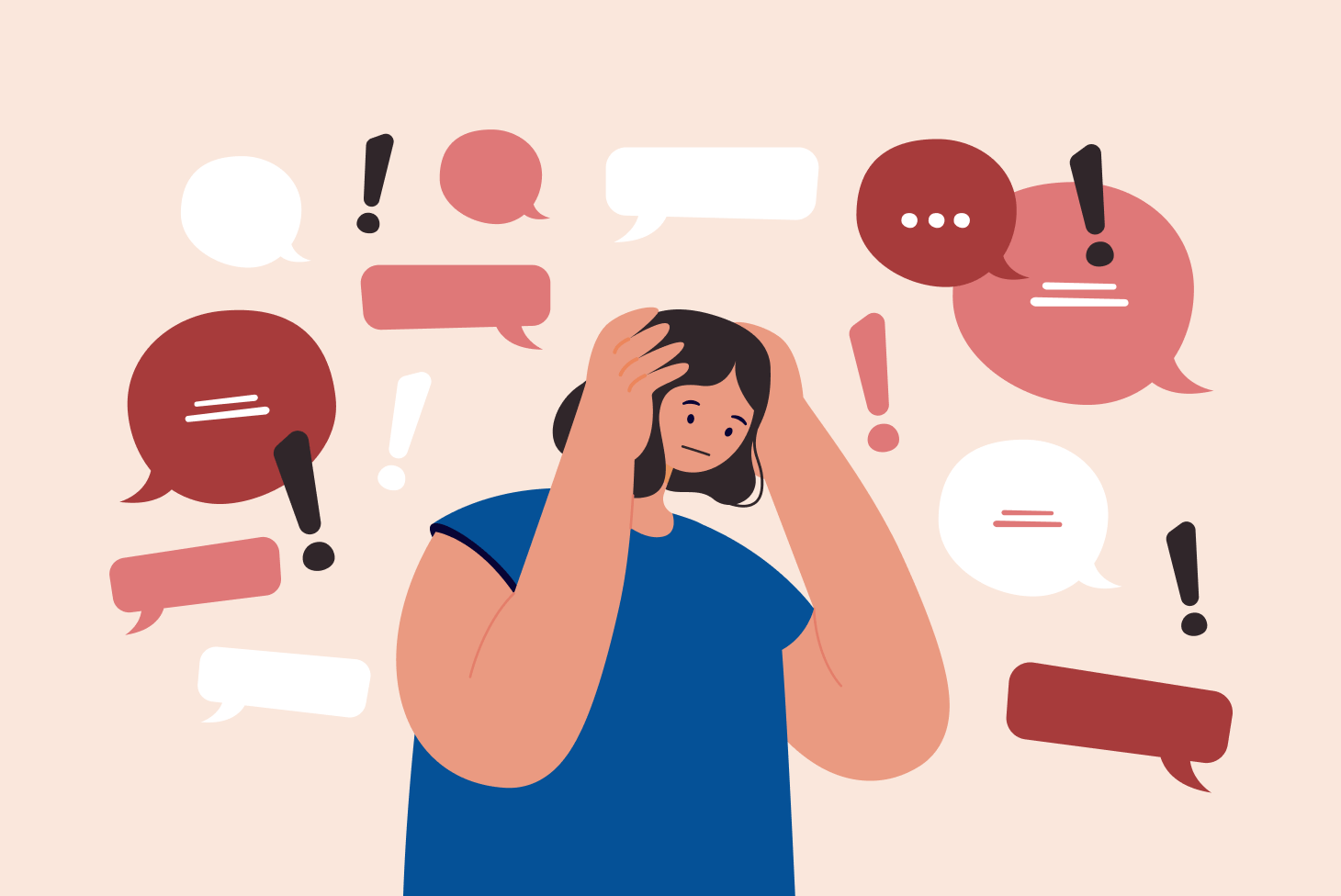 Providers and Misinformation on Social Media 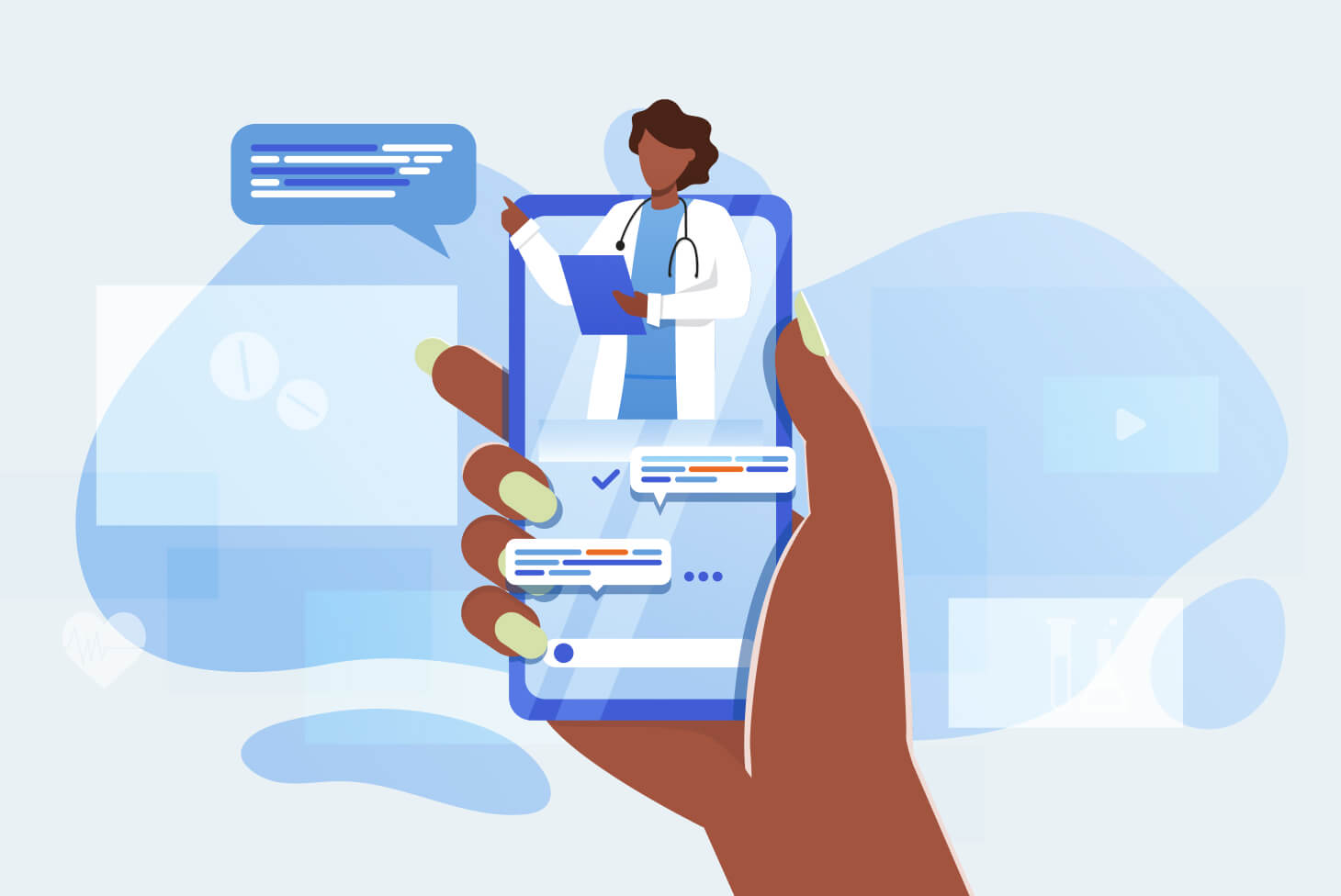